Follistatin is a single-chain gonadal protein that specifically inhibits follicle-stimulating hormone release. The single FST gene encodes two isoforms, FST317 and FST344 containing 317 and 344 amino acids respectively, resulting from alternative splicing of the precursor mRNA. In a study in which 37 candidate genes were tested for linkage and association with polycystic ovary syndrome (PCOS) or hyperandrogenemia in 150 families, evidence was found for linkage between PCOS and follistatin.

Follistatin 344 is a sterile, non-pyrogenic, white lyophilized powder intended for subcutaneous or intramuscular injection, after reconstitution with sterile Water for Injection (0,3% m-Cresol).

Follistatin 344 is a naturally occurring human peptide and a potent inhibitor of myostatin. Myostatin encourages the degradation of myotubes (skeletal muscle fibers) therefore inhibition of myostatin will ultimately result in increased muscle mass by preventing degradation.

Follistatin is being studied for its role in regulation of muscle growth, as an antagonist to myostatin (also known as GDF-8, a TGF superfamily member). Lee & McPherron demonstrated that inhibition of GDF-8, either by genetic elimination (knockout) or by increasing the amount of follistatin, resulted in greatly increased muscle mass.In 2009, research with macaque monkeys demonstrated that regulating follistatin via gene therapy also resulted in muscle growth and increases in strength.

A study has also shown that increased levels of follistatin, by leading to increased muscle mass of certain core muscular groups, can increase life expectancy in cases of spinal muscular atrophy (SMA) in animal models.

It is also being investigated for its involvement in polycystic ovary syndrome (PCOS), though there is debate as to its direct role in this infertility disease.

Follistatin appears to have minimal side effects, may cause skeletal muscle growth of up to 400% (based on the gene knockout experiments) and acts fast. 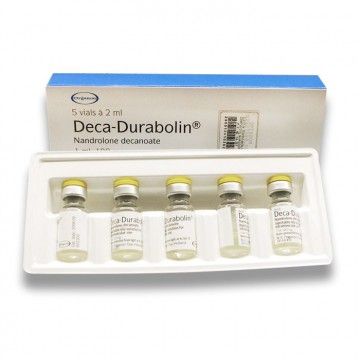